I am dealing with a major bout of sciatica right now. Only the second time in my life, but twice is more than enough. I’m sitting so weird at the computer just to stay somewhat comfortable, and now it’s making other parts of my body hurt because of the position! Boy, getting old really does suck! 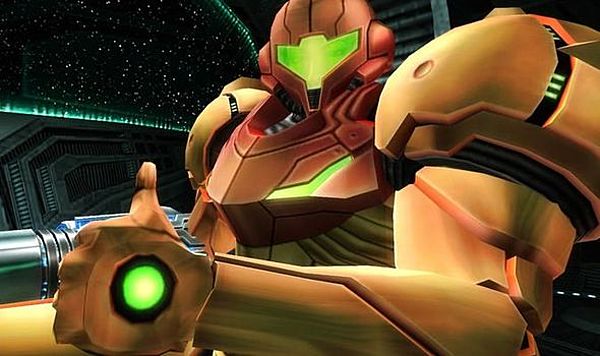 Nintendo fans are going absolutely bonkers in recent weeks. I should know, because I’m one of them. Most fans agree that it’s been a tad too long since the last Nintendo Direct, and we’re extremely eager to get some details on what’s coming next. The rumors of a Direct coming within the next week or two have taken the hype to an even higher level, and the pressure keeps mounting on the Big N to put together something really special.

That’s the problem with the Nintendo Direct cycle. Whether Nintendo wanted to or not, they created an absolutely crazy hype machine. When one Nintendo Direct airs, the countdown clock resets, and fans start thinking about when the next one might air. As the days and weeks roll on, fans get more an more restless. Through no fault of Nintendo’s, expectations grow to absolutely astronomical sizes, creating situations where countless fans are going to be disappointed with the presentation we get. I’d say right now we’re sitting in the biggest amount of hype for a Direct we’ve ever had, and that’s simply due to the time passed between airings.

When it comes to Nintendo Directs, I’m honestly open to anything and everything. I love not knowing the bulk of what the Big N is going to show, so any game, large or small, is a surprise to me. I can get just as excited about the next indie gem as I can Nintendo’s upcoming AAA titles. I just love games in general, and I’m down to give pretty much anything a try. I do my best to keep hype in check personally, and I know that there will always be a handful of games showcased that tickle my fancy in one way or another.

Now if I’m going to the complete other end of the spectrum, I of course have some pie-in-the-sky hopes for the next Direct. Content I’d love to see, but don’t expect it to ever happen. Here’s my picks for things I’ll keep all fingers and toes crossed for.

Metroid Prime 4 – Are we finally far enough into the new development cycle for Metroid Prime 4 that we can see something other than a logo teaser? Surely there’s some artwork, a piece of music, or an early cut-scene that we can satiate ourselves with. I’ll take anything at this point!

Metroid 2D rumors – There’s been a long-standing rumor that a new 2D Metroid is in the works. To tell you the truth, I might be more excited for that than Metroid Prime 4! It’s certainly close in hype, I’ll say that much. If the Big N does reveal a new 2D Metroid, I’ll consider the entire Direct a major success.

Zelda: Breath of the Wild 2 – Is it time to give us a bit of a deeper dive into Breath of the Wild 2? The original trailer was such a huge shock to fans across the world, but now we’re just dying to get new details. It seemed like things were moving along quite nicely, so I’m sure Nintendo could cook up something to showcase.

Again, those are just my ridiculous picks for things that would really rock my socks. I’d love to hear what reveals or updates you’d like to see! What content are you hoping for in the next Nintendo Direct, and what’s your completely baseless, fingers and toes crossed dream reveal?