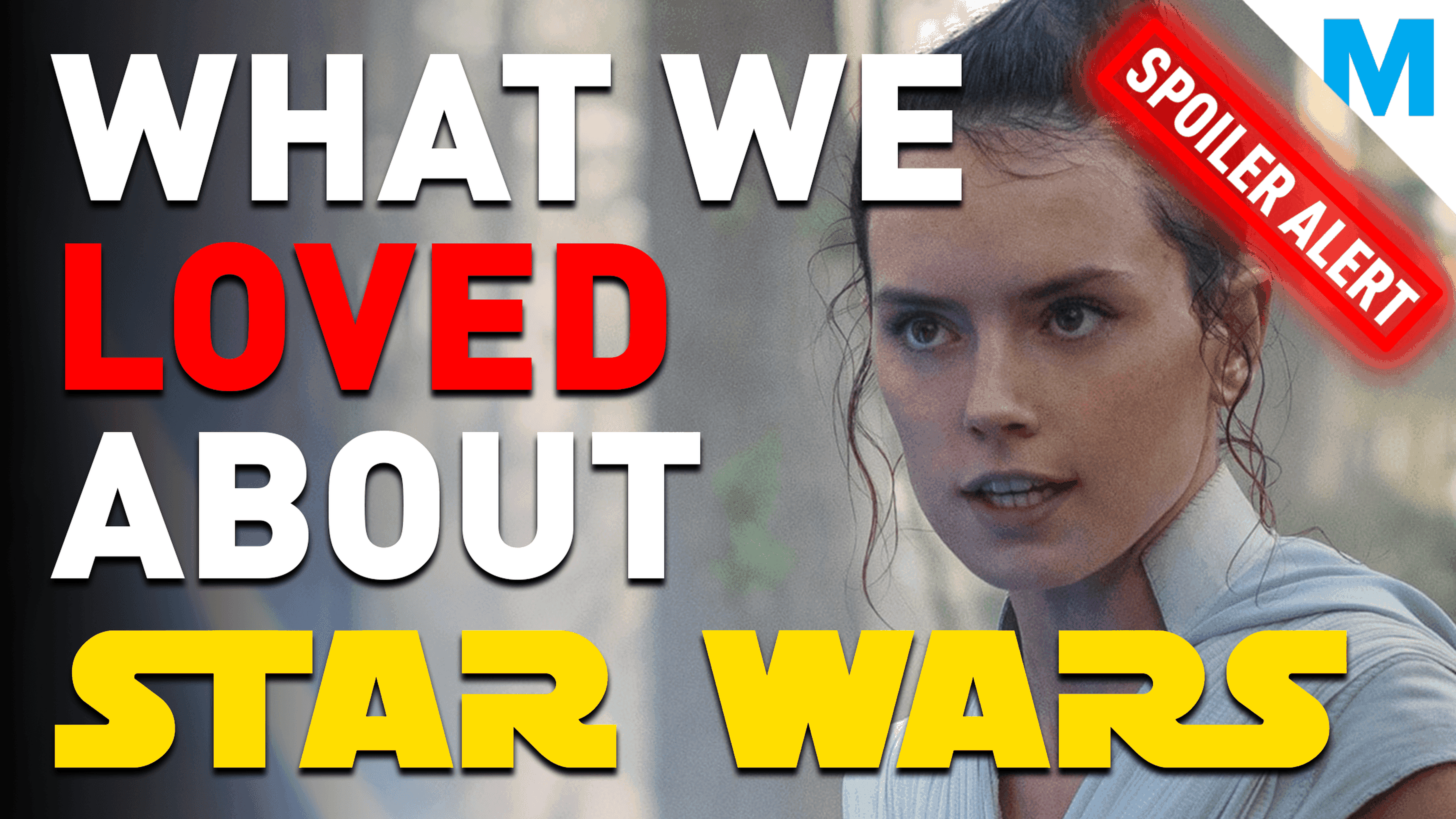 As the Skywalker saga comes to a close withEpisode IX, it’s tempting to mourn the end of an era. And yet, we choose to look on the cute side!

In honor ofStar Wars: The Rise of Skywalker,and the introductions of Babu Frik and D-O, we’ve gone back through intergalactic canon to hunt down the 10 cutest droids and aliens to ever grace the Star Wars films.

We couldn’t include everything we’ve loved, and we had some disagreements on what qualified as traditionally “cute.” (Look, I made the argument for Kowakian monkey-lizards, but they just didn’t have the votes!!) Still, these top 10 cuties deserve our utmost attention on this hallowed weekend of release.

Essentially a frozen hybrid of foxes and porcupines, vulptices probably aren’t as cuddly as they look — but dang, if they aren’tmajestic.Shown traipsing across their native planet of Crait inStar Wars: The Last Jedi,vulptices (known in a group as a “skulk”) have feline mystique, but with clear canine energy. Who do we speak to about adoption? And will our homes need to be refrigerated?

Oh,theselittle idiots. First introduced inA New Hopeand appearing briefly inTROS,these Tatooine-dwelling scavengers cause as many laughs as they do problems. Sure, no one knows what they look like under those mysterious hoods — but given their appreciation for droid parts, propensity for dainty shuffling, and general love of eggs? We think they’re pretty adorable.

Loth-cats have appeared across Star Wars stories, but their latest imagining in “Chapter 4” ofThe Mandalorianis easily our favorite. Seen chilling out in a Sorgan marketplace and accidentally scaring the tea out of Baby Yoda, this particular Loth-cat isn’t the friendliest — and yet, somehow, for that we love the entire species more.

Sure, Ewoks eat humans… but just look at their little faces! As introduced inStar Wars: Return of the Jedi,Ewoks are complex creatures primed for love, hugs, and occasional violence. Playing a critical role in the defeat of the Galactic Empire, these tiny creatures deservenothing but honor. It was lovely seeing them inTROS,but can we get them anything? Seriously, do they needanything?

Challenging C-3PO for best dialogue spoken by a droid ever, D-O is the cutest third wheel R2-D2 and BB-8 could ask for. Although he was timid at first, this little fella took no time asserting his needs (“Squeaky wheel!”) and setting boundaries (“No, thank you!”) in the most charming fashion imaginable. Here’s hoping this rolling Pixar Lamp pops up on Disney .

The original adorable droid, R2-D2 reigns supreme when it comes to true-blue Star Wars nostalgia. Intelligent, caring, and heroic, R2 has saved the galaxy across generations and regimes. Standing bravely beside Queen Amidala, Luke Skywalker, Rey, and others, R2 has seen it all and made our journey in this galaxy far, far away better at every turn.

God bless, BB-8. The quintessential star of the sequel trilogy, Poe Dameron’s droid companion knows how to save and be saved. Compassionate, curious, and constantly rolling around getting into scrambles, BB-8 has played a critical role in the Resistance battle against The First Order — providing support, bravery, and Big Cute Energy along the way.

Where to begin with Porgs? Hilarious as they are stupid, these aquatic birds of Ahch-To are practically the only thingLast Jediviewers could agree on. Whether they were nesting aboard the Millennium Falcon or watching in horror as Chewie consumed one of their own, Porgs are a class unlike any other.

Babu Frik: just saying his name is a privilege. The breakout star ofTROS,this tiny, talented droidsmith and smuggler lives on Kijimi, tinkering, tweaking, and just nailing the concept of existence. A buddy of Zorii Bliss and an icon to Star Wars fans everywhere, Babu will take years of processing to fully appreciate — or, at the very least, multipleTROSrewatches.

On what planet did Baby Yodanottop this list? Yes, Babu is amazing, Babu is precious, doing anything other than praising Babu above all others causes us physical pain.

That said… not only was The Child officially named Mashable’sBeing of the Decade, this sweet baby angel dethroned Kermit as the internet’stea-sipping king, made us (almost) OK withthe fall of the Porgs, and gaveMandalorianfans something to look forward to each and every week. He made 2019 worth it. Plus, we got all those memes.So,somanymemes.

And then there’s the one droid we just had to mention, even though it came from a video game and not a film. We lovedStar Wars Jedi: Fallen Orderforplenty of reasons, but BD-1 is among the first to come to mind. The companion of Cal Kestis, BD-1 rides atop Jedi shoulders like a cybertronic monkey with a head made ofocean-view binoculars. It beeps, it boops, what more could we ask for?